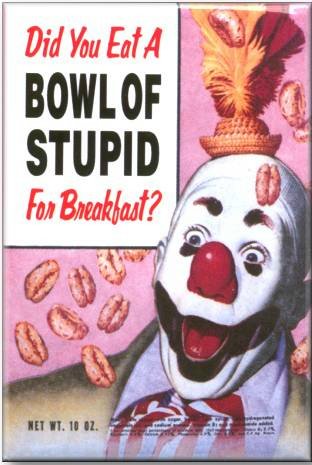 How could the population of one community have such a large percentage of suckers?


After what the developer called a 'tough negotiator' at the AGM in April 2011. The community was delighted to get this:

The Union Bay Improvement District and Kensington Island Properties have reached an agreement that will provide water treatment for the community south of Courtenay.
The UBID board of trustees ratified a Water Treatment Infrastructure Agreement Wednesday at its monthly meeting.
"We're talking about a $1.4-million gift basically to Union Bay," UBID chair Alan de Jersey said. "It is huge news for the community. It's been a long time coming."

"They were both very instrumental in getting this agreement done," de Jersey said.
Godfrey and Royer have both announced they will seek re-election to another three-year term, to be decided at the UBID AGM next Saturday.
A freshwater treatment plant for water coming out of Langley Lake is part of Kensington's plan to develop about 1,000 acres in Union Bay.
KIP vice-president Brian McMahon and the UBID will provide further details at a Monday press conference.
reporter@comoxvalleyrecord.com

Water deal paves way for Kensington development
By Philip Round, Comox Valley Echo  May 8, 2012
A major obstacle to a start on the giant Kensington Island Properties development at Union Bay has been removed.


After more than 13 years of seemingly endless process, a deal agreed Friday means the granting the first building permits is a lot closer.


There still needs to be B.C. Environment Ministry approval for a proposed wastewater treatment plant, but KIP vice-president Brian McMahon said talks on that were progressing well and he hoped for approval of the plans within about three months.


The new agreement on water licensing was "a great step forward," he said, and cleared a big hurdle that had prevented a start on building.


The initial development will include the construction and funding of a new water filtration and treatment plant that KIP had previously offered Union Bay, which will serve all existing properties as well as many new ones.


But McMahon cautioned that getting agreement on water supplies to the first phase of the development had to be coupled with wastewater treatment out; in practical terms, one could not work without the other.


The crucial document was signed in front of almost 40 Union Bay landowners Friday afternoon after being ratified unanimously by the UBID board. Earlier in the week, it had been approved by the regional district board.


Under it, UBID gets to keep control of the water licences and physical assets like Langley Lake, the treatment plant and pipelines, at least for now.


It has agreed to transfer the licences and some key supply assets (but not the dam, the lake and the land around it) to the regional district at some future date - but only when it considers the time is right, or sooner if the provincial government compels it to do so.


But, said UBID chair Carol Molstad, there is no precedent for the province to intervene in that way, so the outcome boiled down to UBID having the power in its hands to decide when it would be in the best interests of landowners to request a switch.


That might be, she suggested, when it looked like UBID was going to run out of water to service further new development, or was likely to face insurmountable costs in creating new capacity.


And while that wouldn't be soon, when the time was judged right the two authorities had agreed "to work cooperatively in a timely manner to effect the necessary requirements for a seamless transfer."


A series of conditions has also been agreed for any future transfer to protect the interests of landowners.


For the longer term, the regional district has said it needs to hold the licences, as the province wants it to adopt a coordinated regional water supply strategy for the Comox Valley.


But it has always said acquiring them was not a short-term need - but it sought assurance at some stage it would happen.


Molstad presented the agreement as a win-win for both authorities - but an even bigger one for the wider community, as there were no further local government-related issues to hold up building permits for Kensington.


And that meant KIP could also move forward on its offer to build and donate to the community a new water treatment plant at McLeod Road, serving existing properties as well as up to 250 new ones to be built in early phases of the wider KIP development.


A treatment plant with greater capacity would have to be provided later on land that UBID will need to buy for the purpose, but the water agreement now meant that at least the first 250 properties could be built to KIP's own timetable.


Molstad said there had been an unprecedented level of cooperation and dialogue between UBID and CVRD in negotiating the agreement, and she felt sure that would continue.


"Our board has worked hard to protect the interests of Union Bay stakeholders," she said, acknowledging the help of MLA Don McRae in securing the agreement. "Union Bay is ready to move forward. Now it is up to Kensington."


For the regional district, Area A rural director Bruce Jolliffe said he was "very, very happy that this has worked out."


It had been a rocky process at the start, but in the end an agreement had been reached that worked for both parties, and a mutual understanding had been reached on the issues and the way forward. "We worked collaboratively to resolve this, and we got there," he said.


And regional district board chair Edwin Grieve (Area C) added that better communication had been key to getting over the initial apprehension. A pillar of trust had been built that would be good for both authorities over the longer term.

Are you people brain dead or just stupid?

So your government, on your behalf negotiated with the developer to decrease the amount offered by the developer for upgrades to the water system/supply.  The upgrades are required in order for the development to proceed.

The government the people elected,  negotiated for less and then advised  the landowners of Union Bay (who now have to finance/make up the shortfall) of the agreement.

By Sonny Day
Today · Thanks for your comments Mr. Thorburn.

This is a typical and ongoing situation within Union Bay area where only supporters of this group and it's activities as well as the TAG group are allowed to attend so called "public" meetings. These people don't like to have anybody present who might have opposing views or opinions.

Not only are sea cucumbers "friends of Baynes Sound" they could also create another much needed economic possibility for the area. ·

Typical - just about money.
This is the same goof who thought I owned the Cumberlander and then wanted to know why I was interested in Union Bay matters since I'm no longer a landowner.

Gee, who could Sonny Day be?  Let's guess.


I know. Sonny Day is a Dickwad.


Slither and/or waddle along pigbutt. 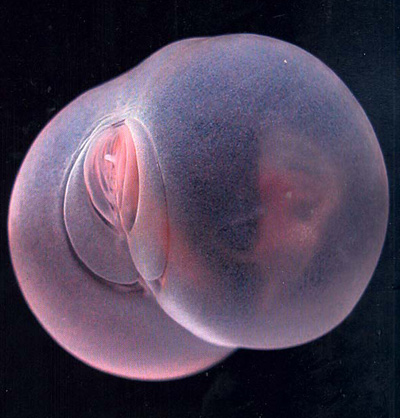