WARNING: I don't exist to meet your expectations or justify what I care about.

Here is a clip from 2010 which I think is funny
regarding Kensington Island Properties.

Hey Sheeple!
The new TAG board doesn't know what to do about the problems with the Union Bay Fire Department.  Up until now TAG/UBID has managed to operate behind the scenes making decisions and when questioned, have answered with the old phrase about being elected, their mandate, blah blah.

The decision has already been made, it just needs to look as though it came from the community, and then the political party gives the appearance it is listening and acting on what the community wants.   EASY! 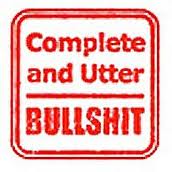 AND DON'T FORGET:  This is my OPINION!