Taxpayers For Accountability in Governance April 21, 2011

Whoever 'moderator' is representing:  "Jan 19 outside UBID office protesting closure of board meetings."  I doubt very much 'moderator' was even present January 19.  Anyone want to come forward?  Not bloody likely - ask who owns/controls TAG and it's like turning on the light and watching the cockroaches run for cover.  They're running out of people to sacrifice in order to avoid scrutiny.  (I will post the incident regarding the individual who supposedly controlled the TAG website.  It's a good example of someone who stands up and speaks with authority on behalf of TAG.)

As one of the handful who dared show up in support of democracy, it was common knowledge TAG leaders refused to encourage any support for the protest.  As I have previously posted, nothing would be done by TAG until after the election.

Decisions based on an election.  Not on what is right.

If what went on was wrong, it is still wrong.  Time doesn't make it okay.  What's the statute of limitations on "wrong".

TAG owners/leaders need to come clean.  Having caucus meetings where decisions to mislead the public are conjured up and carried out at Board Meetings.

Don't forget there still is that little business about TAG being involved in the confidential negotiations with KIP and the Water Filtration agreement DURING negotiations.  PDF document provided to UBID with properties indicating it was composed by ............  Proof.  There was also a police report filed.  The allegations were also made public in the local papers by the previous Chair.

These things don't go away.  Time passes, that's all.  The deed was done - no changing it.

Where's the complaint procedure they promised below? 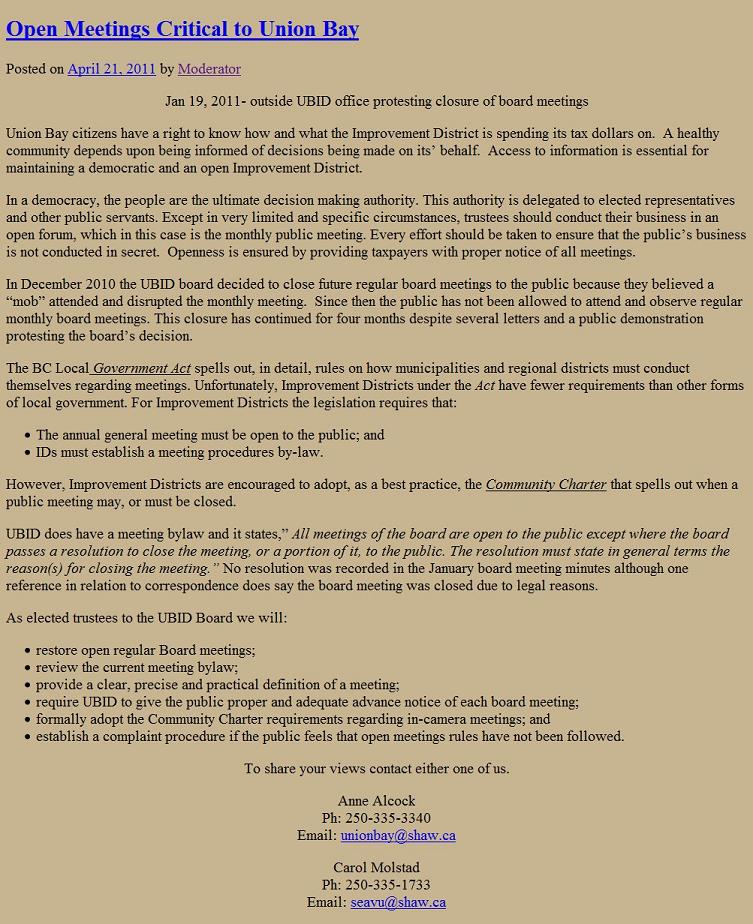